Welcome to the world of Ark, the home of the mysterious Egg Cave. An ancient painting in the Egg Cave illustrates that, long ago, the island rose from the ocean floor to the surface of the water. Whoever summoned the island to the surface was displeased with what it saw, so it drowned the island and cursed it back to the ocean floor. But not long ago, the island reappeared with new life. It hasn't been inhabited for long, thus giving it its overgrown appearance; the Egg Cave was just recently discovered. However, several thousand inhabits reside in Ark City and occasionally make journeys to other parts of the island.

Which part of Ark would you like to visit? 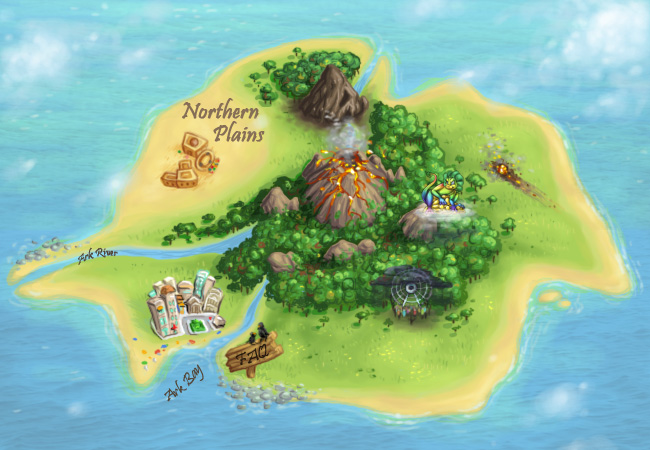