Egg Cave is quite the happening place! Visit our blog for the latest updates on everything new that we add to the site — new creatures, exciting worlds, account updates, and unique activities to do!

Congratulations to @raretreasurehunter56 and @calenlass and @kataclysm, the winners of drawing 1 for September 2022's Cash Shop Creature Lottery! A Astreaven has been added to each of your accounts.

The Mimic And Reep Return Next Month

The Mimic And Reep Return Next Month

The highly-coveted and legendary Mimic and Reep will be returning and unvaulted next month in October. They will be 1000 CC each.

These new coffee concoctions are now available at the Bean Sack.

Dedicated to the Hyacine, these new ice creams are now available at Finley's Flavors.

All creatures can now be the Non-Binary gender on Egg Cave. This is represented by the circle symbol on their creature image.

As part of this update, gender icons on all creature images have been updated with the new gray circle icon representing the non-binary gender. 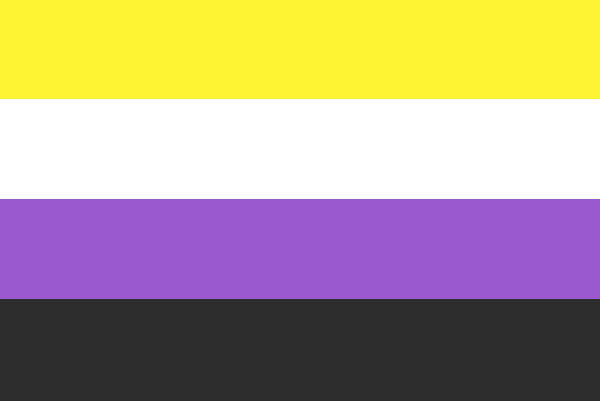 Species Now Have A Gender Profile

Obtaining a creature of a certain gender now has a weighted, random chance on Egg Cave. It is different for each species. You can view which gender profile a species has in the Archives and find an individual species.

Gender profiles have been set based on what might make the most sense for that type of creature. The Genderless gender profile typically applies to object-like creatures that don't suggest the presence of gender. Gender profiles and their chances are now published in the Cave & Adopting area of the Player Guide.

In places around Egg Cave where you have the ability to select a creature's gender in advance, you can now select Non-Binary as a gender. This applies to places like the Creature Labs, Cash Shop, and future site event Prize Shops (among many other places such as The VEND Machine). Non-binary is now another gender option. Random is still an option if you're feeling fiesty—selecting "Random" has a 33% for male vs female vs non-binary.

Like the Mars Stone and Venus Stone, there is the brand-new Non-Binary Stone that can transform any creature to Non-Binary. Like the other stones it's 100 CC. Looking to have a specific type of collection? This is how.

Gender profile for a species not looking right?

This is the very beginning of our new gender profile system. If a species looks wildly off to you for its set gender profile, please submit a ticket with your feedback.

It's the second Sunday of the month... for today you can earn double the Egg Coins for feeding creatures everywhere on the site. So, start visiting your friends' profiles and take advantage of it!

The Default Cove Size Is Now 500

All Players Have At Least 500 Cove Spaces

With Egg Cave pressing nearly 1,000 creatures (almost!), it's time for an update to Coves. All players who currently have less than 500 Cove spaces have been upgraded to 500 Cove spaces—minimum! This is the new, default Cove space amount for all registered players.

The way that Cove space costs are calculated have also changed. Your new upgrade cost for buying a Cove space is now based on the new default of 500 spaces. This is, in essence, a price adjustment for the cost of upgrade. Enjoy the discount if you're already beyond 500 spaces. New spaces are now cheaper for you than what you were paying previously.

"The VEND Machine" Tag In The Archives

The VEND Machine is a new label listed in the Archives under Obtained From. See all creatures that could be obtained from The VEND Machine (past and present) by clicking this label here.

These brand-new Cash Shop Travels are now available for purchase. Which is your favorite?

These June Cash Shop Travels will retire on September 12 at the end of the day.

These Trinket Travels are now restocking for both the Buttersloff and Vattone!

All of Egg Cave's creatures that are going to be released this month are from wonderful user suggestions and concept art submitted on our Forums. Many thanks to the ridiculously creative and talented users who have submitted their ideas to us.

Disturbances At The Mysterious Asteroid

The Distorticai is no longer available in the Cave beginning today. But now, rumblings are occurring at The Mysterious Asteroid. What's going on here?

This month's brand-new Cash Shop Monthlies are the Astreaven and Naleli. Find yours there!

The Funneki and Hyacine have begun appearing in the Cave. For this month... and this month only!

This month's user suggestions come from...

Many thanks to all of our lovely users who have created the concept art for this month's creatures. Creatures (the first of their kind) with Creator's Marks have been added to your account for free.

The Buttersloff and Vattone have been unvaulted for this month. They are 1000 CC each. Find these in the Cash Shop while supplies last!

Congratulations to @mythisea and @chihiro_sang and @icecream, the winners of drawing 2 for August 2022's Cash Shop Creature Lottery! A Muccahara has been added to each of your accounts.

These brand-new spaceship toys are now restocking at the Toy Shop. Collect and find yours there today!

Last Day For The Pinyanda

Today is the last day you can obtain the Pinyanda from the Cash Shop!

Who knew a space suit helmet would make such a great bowl for dining and eating soup! Haha! Find these restocking at the General Food Store!

Want to go back in time? Keep reading our older site blog posts below.