Egg Cave is quite the happening place! Visit our blog for the latest updates on everything new that we add to the site — new creatures, exciting worlds, account updates, and unique activities to do!

It's the second Sunday of the month... for today you can earn double the Egg Coins for feeding creatures everywhere on the site. So, start visiting your friends' profiles and take advantage of it!

The Corlinn, Scarrow, and Squinton have now been unvaulted and are available for purchase. The last time they were available was 2012. Get yours today and enjoy the first round of rereleases on Egg Cave.

Available through November 30 or until they sell out.

New Stock Is Added In Waves By Major Timezones

To ensure that each major timezone has a chance at obtaining these creatures, here is the schedule of how the total stock available will be released.

ECT stands for "Egg Cave Time" which is the Eastern Time Zone of the United States.

Tomorrow beginning at 12:00 AM ECT (UTC-5) the Corlinn, Scarrow, and Squinton will be unvaulted in the Cash Shop through November 30. These creatures were first released in 2012 which makes them 8 years old.

New Stock Is Added In Waves By Major Timezones

To ensure that each major timezone has a chance at obtaining these creatures, here is the schedule of how the total stock available will be released.

Here's how it works to protect values while increasingly supply of the rarest of the rare creatures.

Travels To Give Thanks For

Give thanks for these brand-new autumn and Thanksgiving themed Travels. Now available in the Cash Shop.

These beach-themed Cash Shop Travels from July 2020 will be retiring on Friday, November 6. Get yours before then.

The Halloween Fair Has Closed

Thanks for participating in the Halloween Fair. The stands at the Halloween Fair and Seed collecting are now closed and complete. As a reminder, you can use your remaining, unspent Seeds through November 21 at the Prize Shop.

Congratulations to our top collectors! 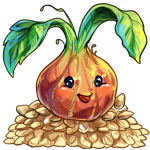 Find The Gobblers is back with an all-new creature prize this year. Here's how it works: for the month of November, Gobblers will appear around the site. To collect one, click on it whenever you see one. The top 100 collectors will receive a 1000 CaveCash Voucher ($10) and a Cropler at the end of the month.

Do not participate in Find The Gobblers from side accounts.

It wouldn't be a new month without new Cash Shop Monthlies. Say "welcome to Ark" to the Leafzard and Bayak!

New Cave Monthlies are here, too! Find yours in the Cave this month. This is the Cranotter and Cornucrab.

Kujaks are completing their annual migration across Ark. Find this rare, vintage bird in the Cave through the end of November.

Congratulations to @raccoon and @notebook and @kaia_the_wurb, the winners of drawing 2 for October 2020's Cash Shop Creature Lottery! A Polter has been added to each of your accounts.

Last Day For The Halloween Fair 2020 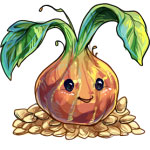 Happy Halloween! Have a safe and spooky time!

This is the last batch of new spooky Travels. Now available at the Travel Agency!

The Scary Patch (r95) will be available and restocking in the Travel Agency through the rest of today only. After that, it'll be retired from the main shop.

This is the final day you obtain the Tentader from the Cash Shop.

Today has been the last full day that you can collect new Seeds. On November 1 at midnight Egg Cave Time, Seed collecting will end. Don't worry, your existing balance won't go away. You can use your remaining, unspent Seeds at the Halloween Fair Prize Shop through November 21. Spend yours before then.

Our annual event, Find The Gobblers, returns November 1. This year, in addition to a CaveCash prize there will be an all-new creature prize. Stay tuned tomorrow to see it.

These new Luxu-themed ice cream flavors are now restocking at Finley's Flavors. Find yours there today!

Boo! These meringue ghosts are now restocking at the General Food Store.

A Letter To Our Community

For a while now, it has been well-known in the Egg Cave community that many of the site's oldest creatures are virtually unobtainable due to their low supply and consequently unaffordable prices. Many of the site's oldest creatures are often the rarest and they're locked away on accounts that are now inactive or, if the account is still active, will never be traded or auctioned.

The idea of rereleasing creatures has been frequently discussed over the last several years. In years past, it has been met with opposition due to fears that rereleasing creatures would lead to an inevitable collapse in values. While it is a basic economic principle that increased supply will slow the rate of an increase in value or cause it to drop, we do not believe that rereleases have to happen in a way that cause values to collapse. In fact, values cannot "collapse" when there was always a price floor of 500 CC to begin with. With rereleases, the floor will be even higher.

In recent months, players have begun discussing the idea of rereleases again but with more positivity and viewing the idea more favorably. We've been pleased to see this and want to engage with the community. That's why today we're announcing a 6-month trial run for rereleasing creatures on Egg Cave. Worried or wonder what "trial run" means? Please continue reading, as these rereleases will be governed by a lot of strict rules.

Our main goal of rereleasing Cash Shop creatures is to increase their supply but implement strict rules that Team Egg Cave adheres to protect their values. Here's the rundown of what we're proposing and how rereleases would work:

We are proposing a 6-month trial run for these rereleases from November 2020 to April 2021. During April 2021, we will gather feedback and vote as a community if you would like to see rereleases continue (as is or with changes) or be stopped altogether. If we do not have greater than 50% support from the community for creature rereleases, they will be terminated and halted.

Does the rerelease occur on November 1?

The first rereleased creatures will go live on November 6.

What creatures do you want to see rereleased in 2021? Submit your favorite Cash Shop species in the comments below.

Let us know in the comments. We look forward to engaging with the community.

Want to go back in time? Keep reading our older site blog posts below.